Our Mission:
In Christ, to love God, love others, and to help others love God.

We welcome you to join us on our journey as we strive to share the love of Jesus through worship, Christian Education, fellowship and service to each other and the community beyond our walls.

We look forward to seeing you soon!

Welcome to St. Paul’s Episcopal. We look forward to seeing you at our next gathering  when it’s safe to be together. 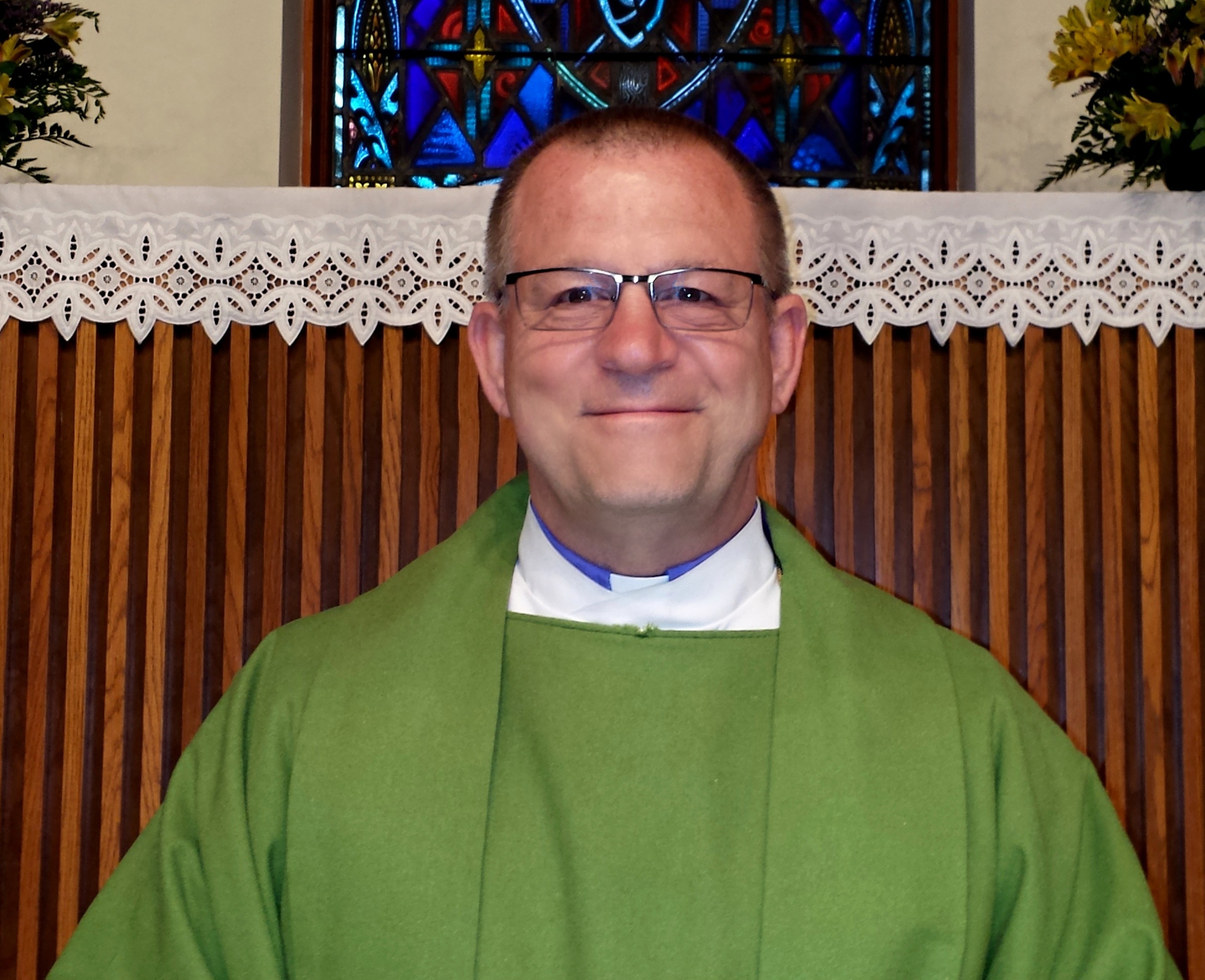 The Rev. John R. Martinichio was called as the Rector at St. Paul’s Episcopal Church, Endicott, NY on January 1, 2012 after being its Priest-In-Charge since March 1, 2011.

Being a native of Binghamton, Father John graduated from Chenango Forks High School and attended Wadhams-Hall Seminary College in Ogdensburg, NY; Christ the King Seminary, East Aurora, NY and was ordained a Roman Catholic Priest in 1985.

After serving in Utica and Cortland he requested a leave of absence in 1991. He then attended Simmons School of Mortuary Science and became licensed as a New York State Funeral Director. He was employed at funeral homes in Marathon, Watkins Glen and the Binghamton area then switched careers in 2002 after being Received into the Episcopal Church.  He became the Priest-in-Charge at Christ Church and then the Rector in 2004.

Fr. John served as Dean of the Binghamton District, Chair of the Commission on Ministry and currently serves as Vice-Chair of the Diocesan Board and on the Ministry Support Committee. He has served as Co-Chair to the Pastoral Response Team, Coordinator of the Safe Church Program for the Diocese of Central New York, and is on the Board of Directors for the Haven at Trinity Memorial Church. He is also Vice President/Secretary to the Broome County Funeral Directors Association.

He and his wife Barbara live in Binghamton and have two children, Samuel and Molly, along with four dogs and two cats. Fr. John also loves to go camping in the Adirondacks.

In a small meeting place on Washington Avenue named Harvey’s Hall, twenty-five worshippers gathered for their first service, June 20, 1909. On February 1, 1911, Mr. George F. Johnson gave three lots at the corner of Broad Street and Jefferson Avenue for the new church to be built. On November 1, 1911, the new brown shingled Chapel on Broad Street was dedicated. On November 5, 1911 the first Sunday service was held in the new Chapel.

Organized as a Mission on January 24, 1917, it became a self-supporting parish on January 1, 1921. In September of 1944, an addition to the building was erected to accommodate approximately fifty more worshippers. The last services held in the old church were on Easter Sunday, April 13, 1952.

During the period of construction of the new red brick building, services continued without interruption in the building of the congregation of temple Beth-El. The first service in the new church was held Christmas Eve, 1952. The new building was dedicated on Sunday, October 18, 1953 by Bishop Malcolm Endicott Peabody. This new church faces Jefferson Avenue.

A new Educational Building attached to the church proper was built in the summer of 1965 and used for the first time on October 3, 1965. Dedication ceremonies were held on Saturday, October 22, 1966.

The number of worshippers grew to about 850 from the 25 who started St. Paul’s 65 years ago. Today the average Sunday attendance is around 130.

There were five priests-in-charge serving St. Paul’s from June 1909 until January 1, 1921. The following rectors served: